Our thoughts on the latest developments impacting your business.

‘The Magic of Christmas’ and a lesson in marketing 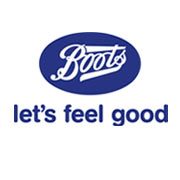 As we approach the festive holidays I thought I would share with you a personal story that I encountered whilst shopping for Christmas gifts with my family recently.

The story centres around two well-known high street brands, Clinton Cards and Boots. In shopping for Christmas gifts for my youngest son, one retailer let me down in my quest to retain ‘The Magic of Christmas’,  whilst the other lived up to my expectations and can be rightly proud of doing so.

Picture this. Two of my family go off in one direction whilst I and my eldest son charge off to secure a coveted Christmas gift for our youngest family member. The item was available at a different retailer and having made our purchase we realised that because of its bulky size and the named store bag it was contained in, that it would have been very likely the surprise would have been spoilt long before Christmas day. So considering our options we either had a long walk back to the car to conceal it in the boot before returning and meeting up with the family later, or in typical Star Trek fashion boldly go to another store to obtain a ‘cloaking device’ to enable us to conceal the gift! Thinking it would be far easier to pop into another store and politely explain our dilemma, I suspect we, like many others, would choose the latter ‘easier’ option.

On that basis we called into Clinton Cards and spoke to a young lady on the till who was unable to make this simple decision. Instead she called upon the store manager who told me that he couldn’t let me have a carrier bag as we hadn’t  made a purchase from the store. Whilst I might be able to rationalise this point for eleven months of the year, it did seem rather churlish in December, given the reason I shared. So we left and walked across the atrium to Boots, who on hearing the same story were more than happy to oblige without cost and received our thanks for doing so. On returning to Clinton’s with my son’s gift now obscured in a Boots bag, the manager commented that he was simply following ‘company guidelines’.  This can’t be true can it given the fractions of a penny a single bag would cost. Surely Clinton’s don’t receive a significantly higher proportion of requests for such items compared to other high street retailers? Which leads me to believe that it’s a simple case of The Boots Company PLC having a different attitude towards shoppers, particularly during this festive season? As a marketer I pondered this further and looked at the two company websites.

Initially formed in 1849 Boots have a section on their website entitled ‘Heritage’ within which they list their History, Exhibition & Timeline; it is clearly something they are rightly proud of.  Whilst Clintons don’t possess the same longevity they would do well to look at companies such as Boots if they too are ever to reach such a milestone.

As I embarked on starting our own business I remember a former director I worked with saying to me, ‘focus on service and your history and profits will take care of themselves’, wise words indeed.

Boots’ courtesy goes well beyond giving me a carrier bag to obscure the Christmas gift from my son by underlining the point about company values and ethos. Managing and directing thousands of staff to perform with the same level of care for each and every shopper is no mean feat, but in so doing they did much to preserve the ‘Magic of Christmas’ for one young man. Well done Boots, your heritage has served you well.

New tech systems developed the way you want them!