Our thoughts on the latest developments impacting your business. 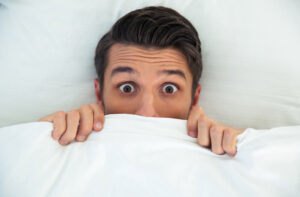 In a typical week, how many times would you have the chance to think about the really important things that need resolving in your business, 20, 10, less than 5? If you’re thinking about them that’s a good start. Now let me ask, how many of these issues get resolved internally within a year, six months or just a few weeks? Chances are, they’re limited but it’s the ones that just continue to rumble on in the background, barely noticeable because there’s never enough hours in the day to resolve them. Consequently, they fail to gain significant attention, or you tell yourself they’d be a luxury rather than a necessity to have them resolved.

We’ve worked with enough SME retailers and manufacturers to get a good understanding about what’s on your mind as you try and push forward with your businesses. Dealing with the day-to-day issues like managing suppliers, staff and customer needs, basically overseeing everything just to make sure everyone’s doing their job and that the salaries you’re paying your staff are well spent. Last thing you need with all these people chasing you is dead money, right?

But in truth, here’s something you know already. Unless these other obstacles are resolved, they’ll continue to rumble on. We’ve worked with client’s where this timeframe ran over a decade or others that didn’t know the full extent of the problem. Yet, once resolved they can instantly see the improvements to the business. But unless you deal with them yourself, who else has got the time or experience to handle them? If you ask your staff, then who does their jobs? If the tasks are quite large, then it’s likely they neither have the time or experience to resolve them, yet these ‘special projects’ continue to rumble on in the background, day after day, week after week, year after year.

We can think of many of our clients who’ve been in this position before they eventually turn to us for help. Often, we’ll resolve one issue and then help them overcome another. They need someone with a quick grasp of the situation and who understands the ‘how’ and ‘why’ to resolve it; someone who is equally opposed to dead money.

Today, we’re often seeing technology as well as human capital and operations being another of the things that are hampering a retailer’s or manufacturer’s ability, which stems from too much choice and their concern for selecting the right system, not seeing the full extent the problem and therefore finding it impossible to convey, or some reticence regarding the possible costs. But don’t worry, you’re not alone and whilst you’ll not be the first to take decisive action, you certainly won’t be the last. If this sounds familiar, there’s room for a renewed perspective.

We’d say, if you’ve fully understood the full extent of the problem with your tech, and you’re able to author an effective briefing document to articulate those needs, then don’t delay making a decision because of choice. It’s far better to invest in the wrong one and learn what you need from there, than to lose the momentum that could damage the business prospects any further.  However, if that’s not you and you want to get this right ‘straight off the bat’, please by all means, get in touch.

You see whilst your business has a value to it through the assets you’ve acquired, it’s greatest asset could well be one that you’ve not yet considered, your data and data systems.

Let me tell you a story. Twenty-five years ago, I worked for a private computing firm based in the north-west of England; we had around 100 staff and our largest client was a major UK clearing bank. We stored and extracted valuable information from their data, lots of it, but it was ‘intelligent data’ containing information on their borrowers and investors. Those previously hidden insights were used to further align the bank with more of its customers. Overdraft and late payment fees, interest on lending, multiple accounts with varying rates and debentures helped make the bank a lot of money through this system. Although the bank was a household name, the work we were doing at that time made us a prime acquisition target for a larger player. Whilst we were a modest size ourselves, it was this data insight and the relationship with the bank that determined our value, and it was extremely significant to the new buyer. You see, even twenty-five years ago, data insight was a very powerful thing and it’s only increased further since then. So, if your data systems aren’t up to scratch and your business is missing data that could improve what you do, it would be worth taking some time to look into matters more deeply and not putting it to one side any longer. It’s true what they say, ‘knowledge is power’.

You can access this and see examples of some of the systems we’ve helped develop here,

Nigel Davis was voted ‘One of Britain’s Top 50 Small Business Consultants’ & is both a Fellow of the CIM, and a Chartered Marketer and an Ambassador for private equity & exit planning

New tech systems developed the way you want them!